RN is run by readers. When readers purchase through links on our blog, we might earn an affiliate commission.

If you are absolutely new to the gaming world and are looking to assemble your unit for the best gaming experience, then you have landed at the right place. Choosing the right FM2+ motherboard for your gaming unit is not going to be an easy task and surely it is going to be stressful. There are more than 100’s of different types available with different price ranges, also the motherboard needs a perfect combination with the hard drive, graphics card and the CPU you have assembled up until now.

But the best part is when you have finally chosen the right motherboard for your unit, picking out other components becomes much easier from thereon since you have already undergone the difficult part of the work.

To make it even easier for you to pick the best one out, we have done a lot of research and testing on various kinds of chipsets and have shortened the list down to 8 Best FM2+ Motherboards available for you to grab on. Here are the reviews and the list of best of them: 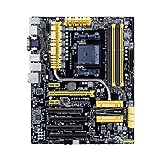 A88X-Pro motherboards with FM2+ sockets provide complete optimization and boost up the integrated graphics on all the APUs. It is a budget-friendly chipset well within the financial limits making it easier for you to spend a considerable amount on the other parts as well.

Apart from the disadvantages, it has proved to provide great performance and advanced processing with its 4-way optimization technology. You can definitely opt for it and still save a few bucks to assemble other units.

MSI A88X-G45 is a low-cost gaming-oriented FM2+ Motherboard designed for all gaming enthusiasts. It comes at an affordable price and supports multi-GPU gaming with AMD graphics cards with superb gaming features.

To sum up, the MSI A88X-G45 motherboard is one of the Best FM2+ motherboards for gaming available since it is within the budget and clearly outcasts many other A88X motherboards available in the market. 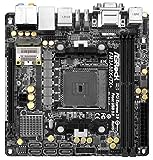 The FM2A88X Extreme6+ is a full-size FM2+ motherboard with A88X chipset for gamers. It comes at a cost of approx $205 available on Amazon, which might be little too much for gaming enthusiasts.

This FM2+ motherboard gives that extra power to the system by the introduction of the 3.0 USB ports and amazing sound output with a high-end Realtek codec. It does come with an issue of overheating within hours of use but still, it has been awarded yet another Best FM2+ motherboards for gaming for all the amazing features it possesses.

The A88XM-Plus manufactured by ASUS has been rated to be an excellent performer and its low price makes it even more enticing. According to the official company’s website, it consists of a micro ATX board which tells that they do not have the same expansion ports as that of a full-sized ATX board. It is yet another FM2+ motherboard that will fall under your budget with exciting features listed below.

It is an excellent option to go for while choosing the best FM2+ motherboards for your gaming unit. It gives an excellent performance and just costs approx $63 making it perfect for your budget.

The G1 Sniper A88X motherboards have been designed solely for gamers. It has A88X chipset with the latest Kaveri Processor that was introduced during its launch and the FM2+ socket. It is a decent FM2+ ATX board that gives out high performance.

The motherboard costs around $89 which is a little too high as compared to other A88X available in the market. Also, there were only USB 3 ports available. But if you are looking to go some extra space on ATX motherboard you can surely opt for this mid-range product.

This FM2+ motherboard supports AMD socket FM2+/FM2 A series socket motherboard. It has been one of the most reviewed on Amazon by the users and since it has a low price, it is most preferred.

The motherboard is available at a cost of approx $50 which is quite cheap and meets your budget or even lesser. You can definitely go for it as it has decent features and can go for a long run for all the gamers.

The flagship product of ASUS, AMD FM2+ ATX gaming motherboard will help you not only boost up your gaming performance but also its amazing audio quality will make it even better. The Crossblade ranger has been known to be the best gaming networking motherboard with amazing features listed below:

The overall cost of the Cross Blade Ranger would sum up to $150 which is a hefty amount to pay but with its amazing and stunning features if you might wish to put some extra bucks on to it to give it a go. 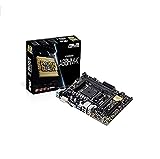 The A68HM-K chipset comes with the FM2+ socket motherboard. It has been manufactured by the world’s leading motherboard manufacturer and is the most affordable motherboards available over the internet. It has some great features that help it stand out among others chipset of similar categories.

The price of this motherboard is just approx $50 which is very cheap and perfectly fits your pocket and recommended as yet another one to be the Best FM2+ motherboards by gamers. If you want to buy a complete package with great performance and sound quality and the lower price you can definitely go for it and also if the headers port is not an issue.

The 8 Best FM2+ Motherboards Reviews are listed all above with all their features and price accordingly. It is quite easy now to choose from among them and make it out according to your budget and you are good to go.

Reality Networkers is your smartest bet for best reviews on electronic appliances. Whether you plan to buy a television or gaming console; washing machine or electronic toothbrush; air conditioner or refrigerator – we have got the list of best of them covered right at one place.